Can we store energy using Superconductors?

Yes. There are two superconducting properties that can be used to store energy: zero electrical resistance (no energy loss!) and Quantum levitation (friction-less motion).

R is the coil radius, N the number of turns and I is the current being driven in the coil.
f is a geometrical factor relating to the shape of the coil.

In order to demonstrate Superconductor Magnetic Energy Storage  (SMES) is the classroom we can take a Quantum Levitator and induce currents in it. These currents persist as long as it remains cold. We can use a regular compass to verify their existence. Alternatively we can map these currents by measuring the local magnetic field on-top of the levitator. We can do this using a standard magnetic field probe (e.g. this).

Quantum Levitation allows a superconductor to move freely without friction in a homogenous magnetic field. An object rotating at a certain speed has the kinetic energy of:

where M is the mass and R is the radius of the cylinder.

One can design a Quantum Levitation bearing that will allow a large mass to rotate freely, in vacuum, without energy loss. The advantage of such a device lies in its simplicity and durability. Unlike other technologies you can quickly extract large amounts of energy from the flywheel without degrading it (unlike batteries, etc.). A comparison with other storage techniques is shown below and discussed in detail here and here.

You can demonstrate flywheel action in class using circular magnets and our Quantum Levitator:

Quantum Levitation has dazzled millions of people via major TV networks, the TED conference live and online, and in universities and schools around the world. But we haven’t just created a sophisticated demo for audiences to view; we developed our... 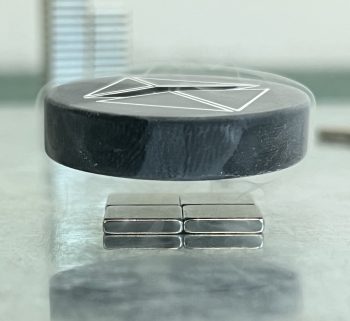 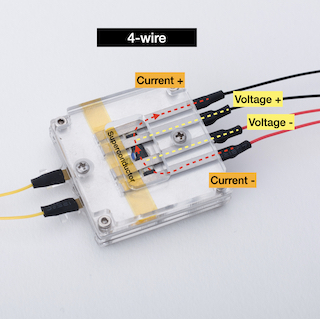